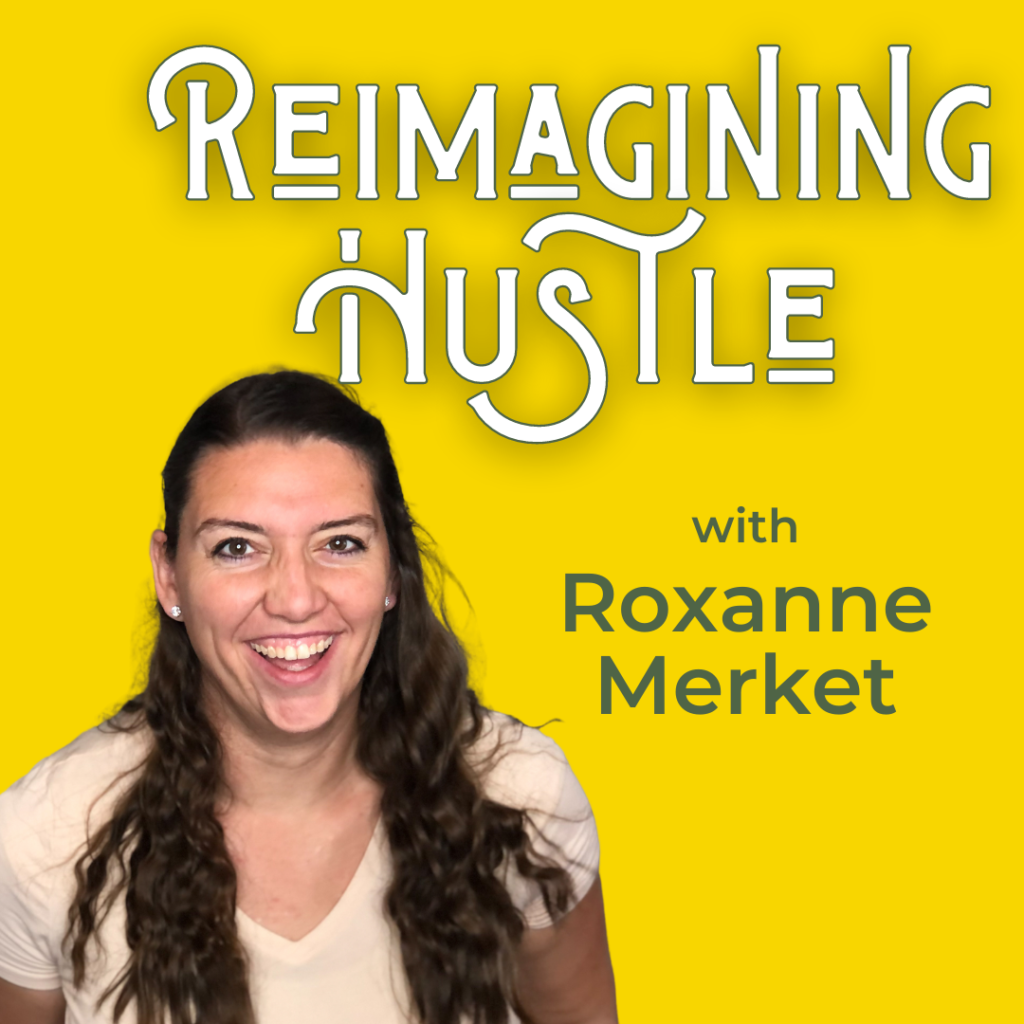 Post-move and out of hibernation, we’re finally back with Reimagining Hustle! Roxanne brings us up to speed with what’s been happening, and gets a little distracted talking about how trees hibernate.

Links from the show:

Roxanne: [00:00:00] Podcasting from my closet in Northern Japan. This is Reimagining Hustle, a podcast for entrepreneurial parents, creating a life where business and parenthood live peacefully in the same space. I’m your host Roxanne Merket, a mom of two, micro-business coach, and serial entrepreneur on a journey to prove that it is possible to do what you love without sacrificing all your precious time.

Welcome back to Reimagining Hustle. Listen, I know it has been a hot minute. I’ll be the first to admit that things have not gone the way that I planned them. The last nearly year, lots of personal changes, lots of big things happening as you may or may not know. I’m a military spouse and we [00:01:00] moved overseas about nine months.

For actually making this it’s a big deal to move. You know, I’d moved overseas once before I was, it was not with the military. It was just me. It was, you know, I wasn’t married, didn’t have kids. I moved overseas for an internship and it was me and my suitcases. And we went overseas for four months and it was super fun.

You know, I moved into a furnished apartment. I, it was, it was fine. This was so. This move was so different. You know, it’s a military move. We moved [00:02:00] all our own stuff. We didn’t move into a furnished place. And so we, we had a lot, I, and I got reprimanded by the Delta agent in salt lake city who tried to shame me for having two suitcases for each member of my family telling me don’t, you know, how small things are in the country that you’re going to.

And it was, it was awful. It was a really rough move. Anyway, we’re here now. Right. But I, you know, I’ve had a chance to think about all of this over the last many months, I have realized a lot of things, mostly that while I really like the idea of re-imagining hustle and not living in this space of hustle culture, it’s really, really hard to uproot that from ourselves.

It’s hard to uproot that from myself, you know, I’m unlearning so much. So yeah. I, you know, I would have done things [00:03:00] differently, but we’re here now. All we can do is move forward, learn from mistakes of the past. Hopefully the next overseas move goes better than this one has. Anyway, all of that to say we’re here now.

We’re you know, life has kind of, the dust is settling a little bit. And we have found a good routine here. I say we meaning my family and I, I don’t have a dedicated space to work in anymore where I did before. And that’s been challenging. It’s been, has been an experience. All that being said, Reimagining Hustle’s back.

So we’re, we’re still kind of in that anyway, lots of [00:04:00] wisdom from lots of amazing women doing amazing, amazing things in the world. I’m so excited to get back into it. It’s going to be super fun. Thank you for your patience. Let’s do this. Let’s learn this together. Let’s re-imagine hustle. I did want to add one more thing here at the very end.

If you’ve been following the Montmarena journey at all, Montmarena also kind of stalled out with this move. I tried to launch it in the middle of moving. That was one of the most foolish things I could’ve done. So that is shifting a little bit too. And I’m excited to share that journey is as we get a little bit closer, If you have been following along on the mountain, we’re going to journey.

Just know that it is not dead. It is just hibernating. I learned that trees hibernate. That was a fun thing that I learned recently. So I’m just viewing Montmarena as in a state of hibernation trees get out of hibernation when they have enough consecutive [00:05:00] days of light. So the days have to be long enough for them to.

To essentially feel the sunlight for longer, right? In the winter time in the Northern hemisphere, the days are shorter. And so trees wait for those consecutive days of light. So with Montmarena, I feel like we’re, that’s where we’re at. We’re hibernating, we’re waiting for a few consecutive days of more light, and I’m excited for the changes that are there as well.

All right, that’s it. That’s it. My friends. Welcome back. I’m delighted. You’re here. Let’s reimagine hustle. Let’s figure out what this looks like together. See on the next one.

Thanks for listening to Reimagining Hustle with Roxanne Merket. If you like the show and want more, check out reimagininghustle.com and please leave a review wherever you get your podcasts. We’ll be back next week with another episode. See you soon.[00:06:00]